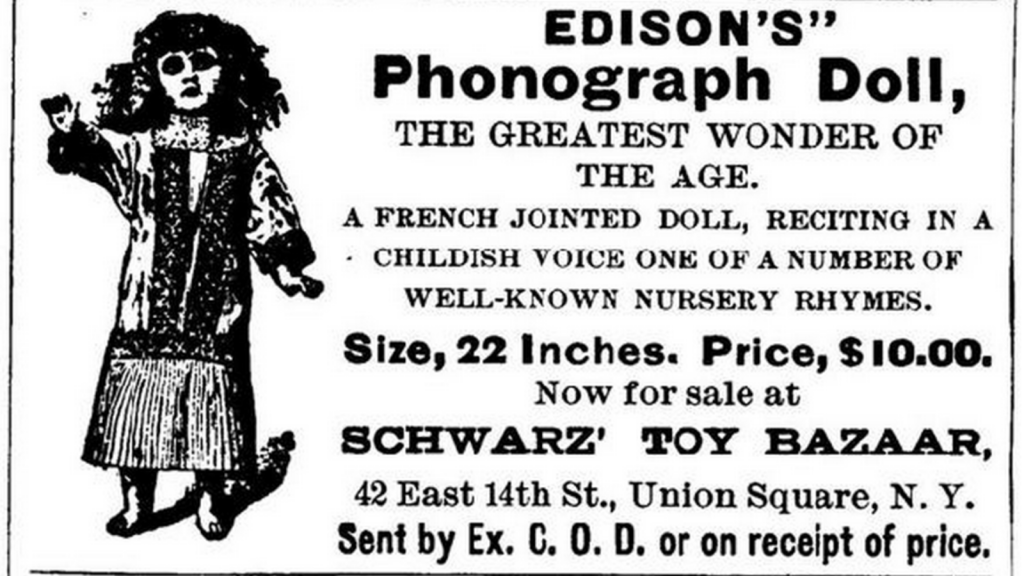 With all the modern technology used today for all sorts of toys, let’s take a look back at one of the first dolls that used any kind of technology. The first ever talking doll, created by Thomas Edison. The doll made use of his recently created phonograph, and they began creating them in 1888, using some women’s and girl’s voices – which, technically, makes them the first ever recording artists. It was the first toy that was made to talk, and also the first recorded-audio product designed, manufactured, and sold for home entertainment. The problem, however, was that in 1890, when the dolls first came out, reciting parts of nursery rhymes when you cranked the handle on the back of the doll…may have come across a little more creepy sounding than intended. Children found them to be a little hard to operate, and given the time period, also rather expensive (undressed – $10, dressed – $12 to 20, depending on outfit). Needless to say, the dolls were only in product for about six weeks. Despite it’s short lived production, making it a bit of a flop, it was also a great step forward and a milestone innovation in the toy world. 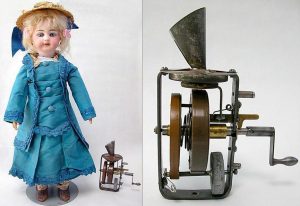 The dolls are very rare, with some sitting in museums, and others owned by collectors. The sad fact to these dolls, is that given their age, they sat silently for years, as it was feared that an attempt to play the recording would damage it, as it became fragile with age. However, a government laboratory developed a way to play them, without any risk of ruining them. The method used has been able to recreate the recordings, which you can hear one here:

Here are an assortment of pictures of Edison’s short lived talking dolls. 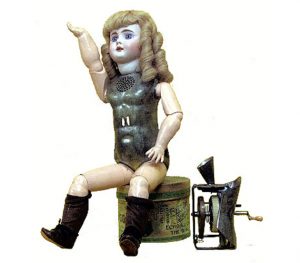 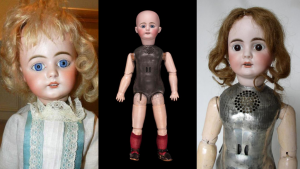 This entry was posted in News
« Barbie Fashionistas
Back To School »